What can the Netherlands mean in this?

Battery recycling: the story so far

Recycling electric-vehicle (EV) batteries represents an opportunity for Europe to significantly reduce its dependence on Asian battery and raw-materials suppliers. To this end, significant steps are already being taken in several European countries. With this in mind, what role can industry in the Netherlands play in the processing of batteries?

Back to Homepage
Back to Overview 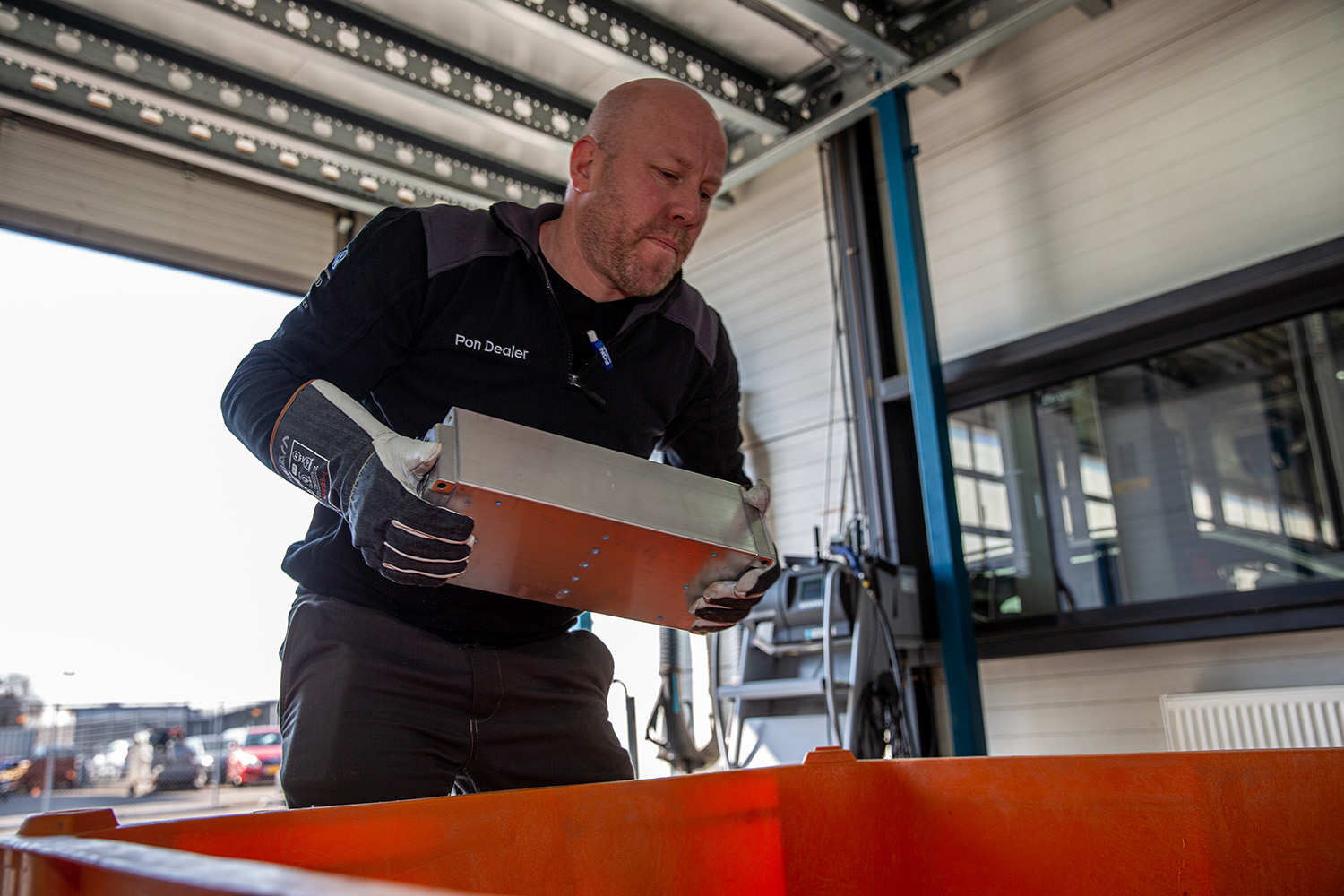 In 2012, some 130,000 electric cars were sold worldwide. Less than 10 years later, that many were being sold per week. According to the International Energy Agency, 6.6 million people bought electric cars (fully or partially electric) in 2021, equivalent to a market share of nine per cent. While predictions for the further growth of electric driving vary, major car brands such as Volkswagen and Ford have ambitious growth plans: by 2030, half of all new cars will need to be of the plug-in variety. And the ambitions of some European countries go even further!

The increasing pressure on raw materials – including the geopolitical friction it can lead to – is making the recycling of EV batteries more and more important. Of course, in the bigger picture this also includes the ambition of “closing the loop”, realising a climate-neutral Europe by 2050. Norway – the European leader when it comes to EV driving – is currently taking huge strides in battery recycling. Hydrovolt, a joint venture between Swedish battery manufacturer Northvolt and Norwegian energy and aluminium producer Norsk Hydro, can recycle 8,000 tons of battery modules per year. They will focus on discharge and reduction. The resulting black mass will be processed at other facilities, such as at Northvolt in Sweden.

Battery processors are also hard at work in Germany. Manufacturers themselves are setting up pilot plants. Furthermore, parties such as Duesenfeld are applying the so-called Duesenfeld method to achieve a material-recovery percentage with lithium-ion batteries that is almost double that of conventional recycling methods. 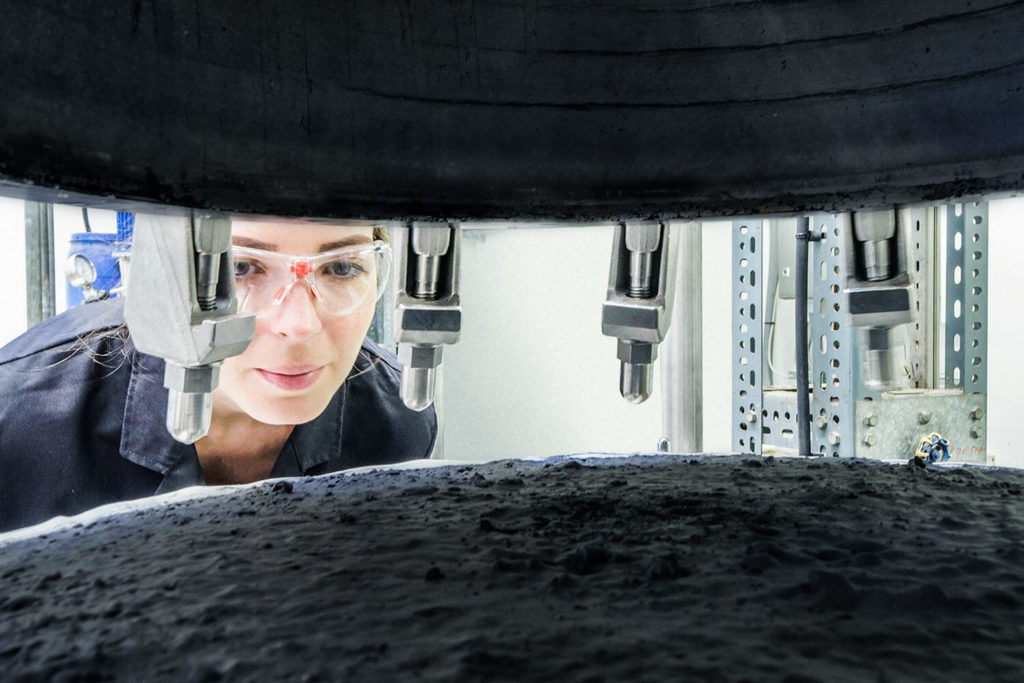 Battery Recycling in the Netherlands

Currently, no battery processing takes place in the Netherlands. Batteries removed from electric vehicles that are not suitable for second use and therefore have to be recycled, are sent to European processors outside the Netherlands. There are, however, several parties that want to set up such a recycling facility here. It is important for ARN, partly from an efficiency perspective, that a processor can be established in the Netherlands. To this end discussions are ongoing with a number of serious contenders.

The technology to recycle EV batteries is available, but what is lacking is the steady flow of used batteries. Running a factory is therefore not yet commercially viable. The cost of battery recycling is expected to fall as recycling capacity grows. In the run-up to attaining the required steady supply of batteries, the Netherlands’ first recycling facilities will initially focus on production waste from battery manufacturers, supplemented with end-of-life batteries from electric cars. This is a trend that has been ongoing in Asia for some time already. The various initiatives for European recycling facilities are often close to battery-production facilities.

Using current battery-recycling technology, in Europe we can recover over 70 per cent of the valuable raw materials in battery packs. This is expected to rise to 80 or even 90 per cent in future. Technically, this is already possible, but economic factors also play a key role. Substantial gains are there to be made using the conventional method of battery recycling – pyrometallurgy – but hydrometallurgy is also seen as very promising. In pyrometallurgy, the batteries are heated up in a controlled manner so that the organic material breaks down and the solvents and plastics are burnt off. Nickel, cobalt and other metals, such as copper, are then separated through distillation. The by-product, or slag, contains valuable raw materials, such as lithium and manganese.

The first step in hydrometallurgy is mechanical separation. After the battery has been shredded, black mass is created on the one hand and metal material flows on the other. The black mass is from the cathode and anode materials. It is converted into a liquid solution in several steps, enabling the recovery of cobalt sulphate, metal salts and graphite. This is the so-called “chemical leaching process”. The materials thus extracted, which include lithium, manganese, nickel and cobalt, are used to build new batteries, taking us a step closer to that closed loop. Hydrovolt claims to have already reached a material-recycling efficiency of at least 80 per cent and expects to be able to push this percentage even higher. 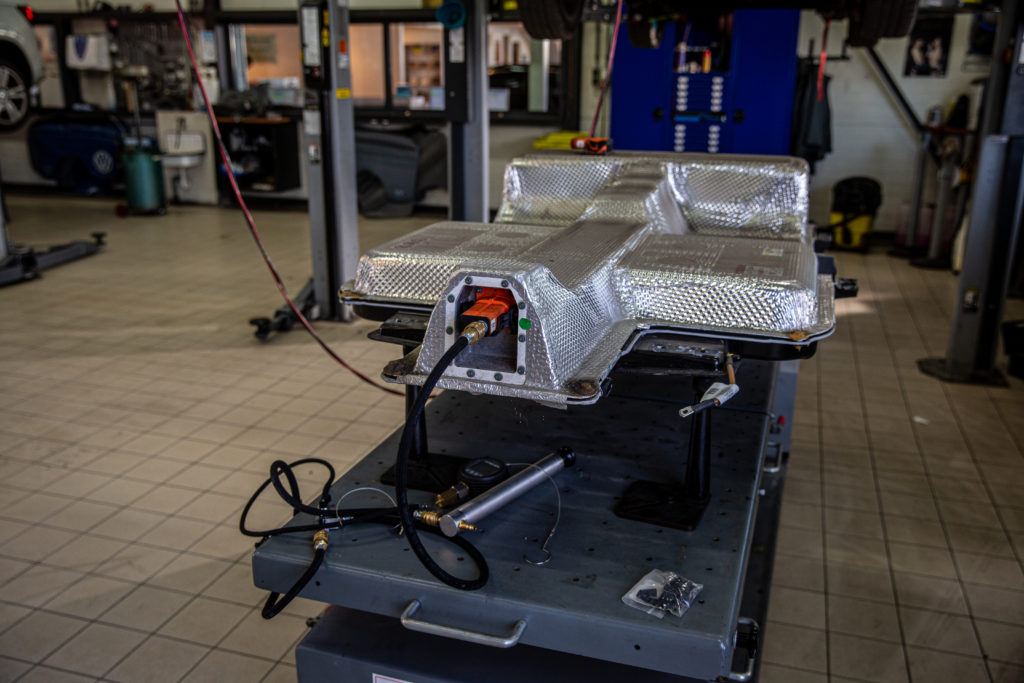 The afore-mentioned German battery recycler Duesenfeld, considers a material-recycling percentage of 91 per cent to be feasible. To achieve this, it combines a patented method that reconciles mechanical, thermodynamic and hydrometallurgical processes. Together with other parties, Duesenfeld also starts by mechanically separating the batteries, followed by shredding. The main advantage here is that, unlike the conventional pyrometallurgical method, high temperatures are not required, making the process more energy efficient. According to Duesenfeld, before long the only parts that it will not be able to recover will be the separator film and components of the electrolyte.

The role of the car manufacturer

As producers, car manufacturers bear responsibility for the batteries they bring on to the market. The European Union is currently working on new regulations for the recycling of batteries extracted from EVs. But manufacturers are not sitting on their hands either: Nissan, for example, reuses Leaf batteries in automated factory vehicles, as does Volkswagen. The Germans, however, have gone a step further by opening their own recycling plant in Salzgitter. By the time this facility is fully operational, it should be able to process 3,600 battery packs a year. That’s roughly 10 a day, every day. Renault, meanwhile, currently takes back battery packs from its electric vehicles for further processing; a few hundred per year at the moment. They are doing this in conjunction with French waste processor, Veolia, and Belgian chemical company, Solvay.

Given its position, ARN closely monitors any developments pertaining to batteries. Driven by the strategic importance of being able to keep producing electric vehicles in future, car manufacturers are also paying a lot of attention to battery recycling. “These manufacturers are readying themselves to comply with the European Union’s ambition of keeping raw materials inside Europe and ensuring that the production of new batteries is partly realised with the use of materials from old batteries,” says Janet Kes, Manager Batteries at ARN. “Among other reasons, the thinking behind this is to still have access to those scarce raw materials further down the line.”

Accumulating knowledge about battery recycling in the Netherlands
The Eindhoven Brainport – home to a variety of high-tech companies – is also known as the Netherlands’ Silicon Valley. In Brainport itself, the economic development company Brainport Development plays a key role, with one of its ambitions being to invest in a national battery ecosystem. The objective is to organise the chain and stimulate the exchange of knowledge between companies, knowledge institutions and other stakeholders. This will accelerate the application of batteries and scale-up the development of a new generation of battery technologies. Knowledge about innovative battery recycling could also fall within the auspices of a national battery ecosystem. To combine strengths and help accumulate the necessary knowledge, ARN is participating in a number of collaborative initiatives, such as the Battery Competence Center.

The battery is developing
While battery recycling quickly develops, the battery itself is also changing. The cobalt-free battery is becoming increasingly popular. This type of battery is under development by Tesla, Panasonic and the Chinese SVOLT, the latter being a subsidiary of car manufacturer Great Wall Motors, of which BMW is a local partner. Furthermore, car manufacturers, universities and development centres are also working on completely new battery technologies. These range from solid-state to magnesium-ion and from dual-carbon to lithium-air, or even the supercapacitor. Should one of these new battery types get the upper hand, it could have major repercussions on how we should be recycling batteries.

For the fourth year, ARN is benchmarking itself against the Sustainable Development Goals (SDGs) with the motto ‘lean and green’ in mind. The coloured SDGs shown on the right apply specifically to the content of this page. 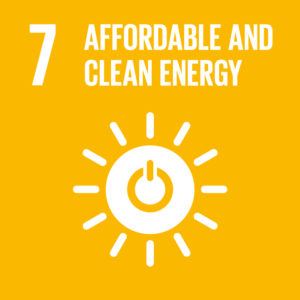 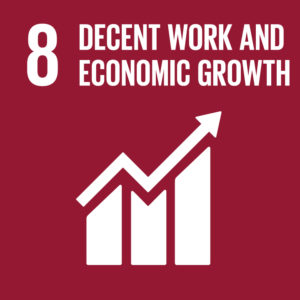 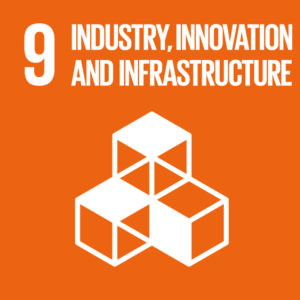 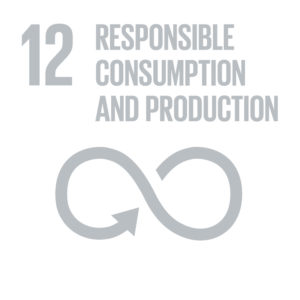 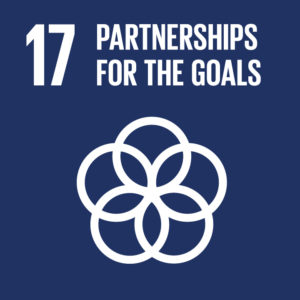